As designers, we have a lot of tools at our disposal, but the exact ones to use depend on the purpose of our design. Even within the same type of design, different designers do things differently. It is a common misconception that user interface development is all about graphic design or screen layout. The user interface is a bridge that connects a business with its customers, and it should be designed in a way that the customers can get results from it easily.

But wait!! What’s the best tool for designers?

Prototyping is a crucial part of the user interface design process. It starts with a simple idea and a sketch on a piece of paper and ends with a fully interactive prototype. Prototypes help in explaining the design to the client, and they also help in making changes to the project in a timely manner, saving a lot of time and money in the process. In this blog, we have covered the best prototypes tools available for modern-day designers like you.

It’s difficult to deny that Adobe is a well-established player in the design world who has created a substantial legacy in this arena. Their website interface has become familiar to many UI designers over time and perhaps this is a reason why a lot of them use tools such as Adobe XD for their prototyping needs because working with familiar surroundings can be more comfortable.

Adobe XD is a UI/UX design tool from Adobe that comes packed with features including an integrated sharing document to document activity, integration with cloud storage services, and availability on multiple platforms. A vector-based user interface makes this software a favorite among many UI & UX designers not just for its familiar Adobe interface but for the real-time collaboration feature that allows them to edit files simultaneously with other designers.

After years of building up a presence in design communities. Framer has today gathered huge popularity among designers who love to follow the newest web technologies. It is because this tool offers detailed components that allow creating truly fantastic designs at ease. This tool would be very helpful for the ones who need both research tools and prototyping capabilities like designers may want it during creating prototypes based on React libraries approved by Facebook official developers.

However, this prototyping tool has proven itself invaluable to the design phase by allowing designers to create prototypes that emulate real products as closely as possible - with tools like animation and interaction. Framer has only further added to its range of prototyping tools, such as wireframing, visual design, and even some basic testing tools - making it possible to create an all-in-one design solution without having to purchase several different tools.

If you made it this far into the description, then it’s likely that you will know about the next one…

Sketch is the industry standard when it comes to creating universal prototypes.

If you want to design for apps or websites, you’ve probably already heard of the design tool by now. And there are quite a few reasons why all the cool designers love it so much. Firstly, it has some great features that let you create scalable designs in any screen size with ease, like resizing text when zooming in or out is nearly seamless. There are also so many symbols, styles, and fonts to choose from which can be easily saved.

Its versatile layers, symbols, and text styles save you hours on end since they make unexpected changes easy to do. Not only does Sketch come with ready-to-use plugins, but there are many more plugins available for projects graphic designers want to step up their games.

When developing a user experience strategy, designers need to pay attention to structure, flow, and corresponding sitemaps. There are so many tools out there that try to combine UI and UX together into one platform but unfortunately can’t effectively meet the requirements of each because they are two distinct disciplines. FlowMapp dedicates itself to the discipline of UX design through its interactive visual sitemap creator.

Lastly, FlowMapp’s impressive service provides many useful features, such as their Personas feature which allows small teams to better reach their target audience. This makes FlowMapp a solid option for small marketing teams and does help keep team members on the same page, which could potentially improve user experience.

Let us know in the comments if FlowMap’s Personas feature has worked out for you.

Axure features an intuitive interface that makes it easy to use, even for those new to prototyping. However, the program is packed full of powerful and advanced tools and features that allow you to create fully functional prototypes and UI designs easily and efficiently.

Axure allows you to save loads of time with its ability to dynamically change the look and feel of your wireframes, as well as interactions. You can even create advanced prototypes for testing or public viewing. Since any number of designers can access a single file at one time, you can work much more quickly to come up with high-functioning prototypes. How cool is that?

To start with, Balsamiq is great at both UI wiring used by anyone getting into UX. And it’s certainly stood out with its low fidelity wireframes. The physical element of whiteboarding lends itself perfectly to the tool, making it possible for anyone, regardless of their skill level to access its ease of use. It also comes with an affordable price point which makes Balsamiq a great choice for small teams or companies just starting out!

Let us know in the comment which problem Balsamiq solves for you & your team.

Figma is one of the most popular design tools out there; it’s cloud-based and can be used for creating prototypes with gorgeous design features. The tool is also applicable for building wireframes and other deliverables like mood boards in an easy, intuitive way. The product displays every interaction in the blink of an eye in a visual preview mode to give you an exact look at what your app or site will ultimately look like to your customers.

Figma allows you to freely let everyone work on the same design, just like Google Docs. Another great thing is that you can have users test out your designs early on, giving them a sneak peek into what you are building & collecting instant feedback! Once you are ready to build, you can use tools such as Yotako to bring fruition and change the world. (or at least show it to your clients & colleagues 😉)

Using Invision, a UX/UI designer can get from outlining the user journey to collaborating on early design, to wireframes and prototypes, and finally to its handoff features. Creating one platform that takes users from early brainstorms directly to development is exceptionally useful.

They receive instant feedback and make documented changes at each step, which is vital considering how many revisions might take place until everyone is satisfied. Another advantage of using this tool is that it allows designers to collaborate with their team members (or clients) and keep each other updated on their progress.
Many designers believe that Invision is currently one of the best tools available on the market right now!

What are your thoughts? - Are you currently using Invision?

Let us know in the comments how do you use Invision to your advantage. We would love to hear it.

Proto.io says that their UI design software is "super useful for folks who want to create compelling prototypes." For those of us who are interested in creating something real, the tools that come with using Proto.io make it easier than ever before to do so.

But what I noticed is how it smooths out the process of collaboration through the integration of a chat message function and video comment feedback, as well as some popular testing products like Lookback, Userlytics, and Validately.

There's also an easy learning curve for those just starting out as designers or those just getting into the business altogether. And as such, I think that pretty much anyone can easily put together mockups with this platform.

The tool itself is really quite versatile and works just as perfectly for UX designers as it does for students - which has helped solidify Proto.io's popularity among them!

Marvel brings the most important design tasks into one neat tool that brings life to your mockups. Before you know it, you'll be able to show everyone how each screen works thanks to a Handoff feature that gives developers all the HTML code and CSS styles they need to start building. And don't worry about being limited to simple interactions -- Marvel lets you create them too as well as sophisticated prototypes!

This tool is a product design platform that helps you to take your creations from start to finish. For product designers, UXPin offers its own editing and collaboration features to build the most complex and “final” prototypes in an intuitive and streamlined way. From templates and elements to mobile support and real-time collaboration - their wireframing tool has it all!  What's more, is that you can get immediate feedback from your team or even users about the wireframe design before moving on to implementing any changes in Adobe Xd or other design tools.

Just like there are different tools you can use to help organize different parts of your collaborative project, it’s crucial that each collaborator has the space they need to work on what they do best. Within Storybook Tool, an open-source tool used for designing UI components individually without disrupting the rest of the design, there are add-ons that allow components to be reusable between projects and automatic testing means that bugs can be discovered more effectively, so you're ready for both success and style!

Did we miss other cool tools?🤔

Let us know on Twitter if we missed some cool tools and we will cover it in our next blog. 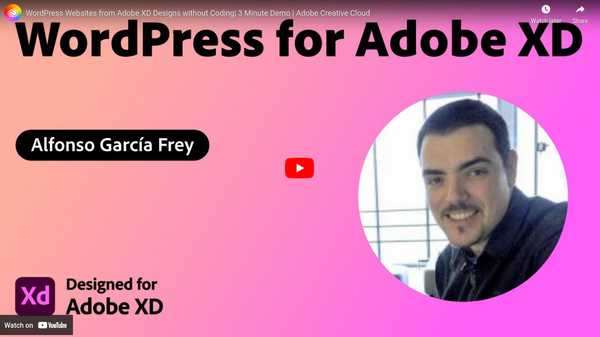 We've being featured at Adobe MAX by #Adobe and #Behance! 🚀 🎉 Create beautiful #wordpress websites from your Adobe XD #designs, no code required, free forever and update as you need! Comes with Hosting, SSL, your own domain, everything you'll ever need! Super proud 💪 of this new milestone by our Yotako team!